The Real Estate Market Is On The Rise: Why investing now is the best time!

Property investment has not been an easy feat. The challenge of finding the right spot has been exacerbated by the growing needs of the consumer who are better informed than before, and a lot more fastidious when making such a life altering decision. Compared to last year where prices dropped by 30-40% at times, the...

Property investment has not been an easy feat. The challenge of finding the right spot has been exacerbated by the growing needs of the consumer who are better informed than before, and a lot more fastidious when making such a life altering decision.
Compared to last year where prices dropped by 30-40% at times, the market has started off with a bang, attracting not only local but foreign investors too, continuing on the downward trend to the behest buyers. First time buyers, families and even expats seeking to relocate, have found Saint Lucia to be a perfect choice. Great weather, access to amenities and fantastic deals on prime locations which were not available in recent years, have now opened up to the delight of eager buyers.
Why the sudden rise in sales?
Besides the drop-in prices, most critics would attest the changing tides in the real estate market to the imbalance of buyers to sellers. Moreover, as the market demographic has shown a sharp decline in millennial buyers who spend more on travel, as compared to baby boomers who have interestingly cornered the market to capitalise on the increase in the value of property compared to the actual price tag, truly making it a defining factor in securing some amazing deals.
Banks are also lending more providing lower interest rates making a purchase affordable. This stimulation in the local market has been welcomed by the government allowing for the stable conditions to attract some big investments. Across the pond, instability in the USA and the uncertainty of Brexit have signalled a change in the way countries like Saint Lucia markets itself. 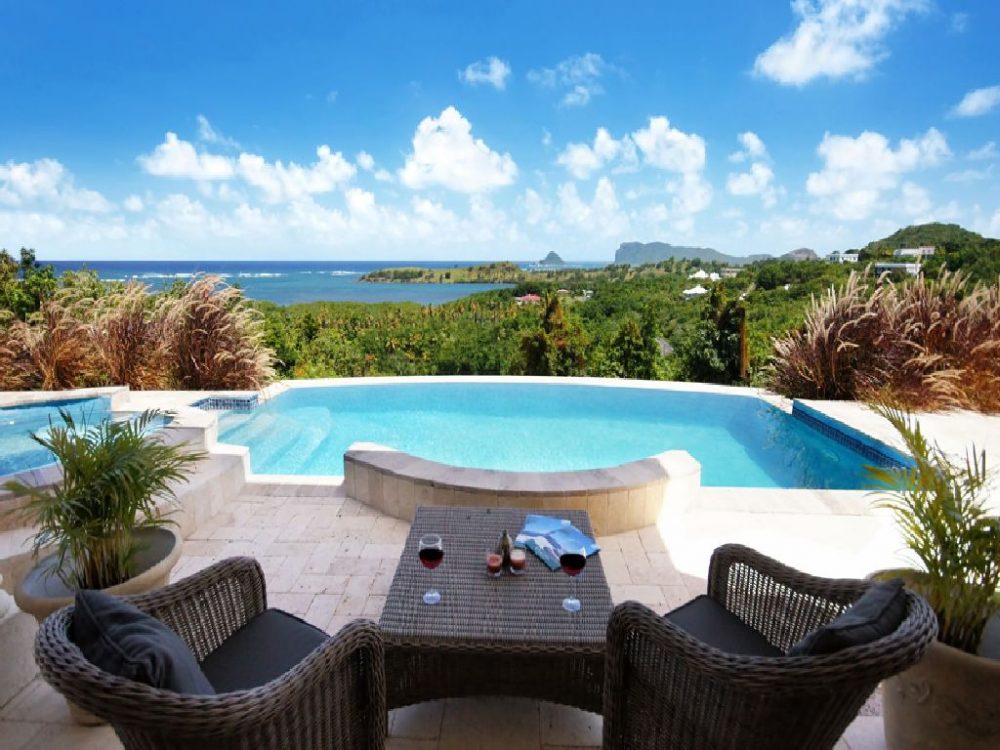 The Citizenship by Investment Programme (CIP) is one of the creative ways in which the government aims to continue to inspire investments to development the economy, however, as Saint Lucia does not recognize dual citizenship, the applicant must relinquish his own country rights but will have access to visa free travel to 98 countries. Property developers like the GP Group who are not solely dependent on CIP to kick start its development, have already broken ground and received the official consent of the Fairmont Hotel to partner with them.
What signs should we look for to detect growth in real estate industry?
• A major boom in the cruise industry as other islands affected by Hurricanes Irma and Maria are still in recovery
• CARICOM nationals have relocated to safer islands like Saint Lucia after property loss last year
• Huge increase in hotel developments have improved the value of surrounding areas
• Government’s focus on the development of the south with projects on the horizon including Fairmont Hotel, Range Development’s Marriott Resort and the DSH project in Vieux Fort.
As real estate professionals, we often receive requests for homes within the US$300k-$500k range accounting for the middle-income bracket. It is notable that although there has been a decrease in prices and a surge in purchases, this price range for modern built homes only exist in the form of apartments or condos in the north. For the southern region, developments like Emerald Vista offer 3-bedroom villas at an attractive starting rate of US$275k newly built or Palmiste Cove for US$166,666. With luxury on demand, grabbing a deal like these while the market is still in decline, is the best move.

Managing Director of Belle Vue Properties Ltd, Heather Floissac, breaks from the family tradition, being the legal profession, to become a real estate entrepreneur. Heather Floissac, with an MBA from UWI, brings a dynamic personality, ten years of real estate sales experience and a comprehensive knowledge of St. Lucia together to the benefit of each client. She has served as the President of the Realtors' Association (St. Lucia) Inc. since its formation in 2009, and was recently re-elected for a second two-year term.
Leave a comment

You have already added 0 property
Compare